Is virtual tourism the answer to the problem of overtourism? 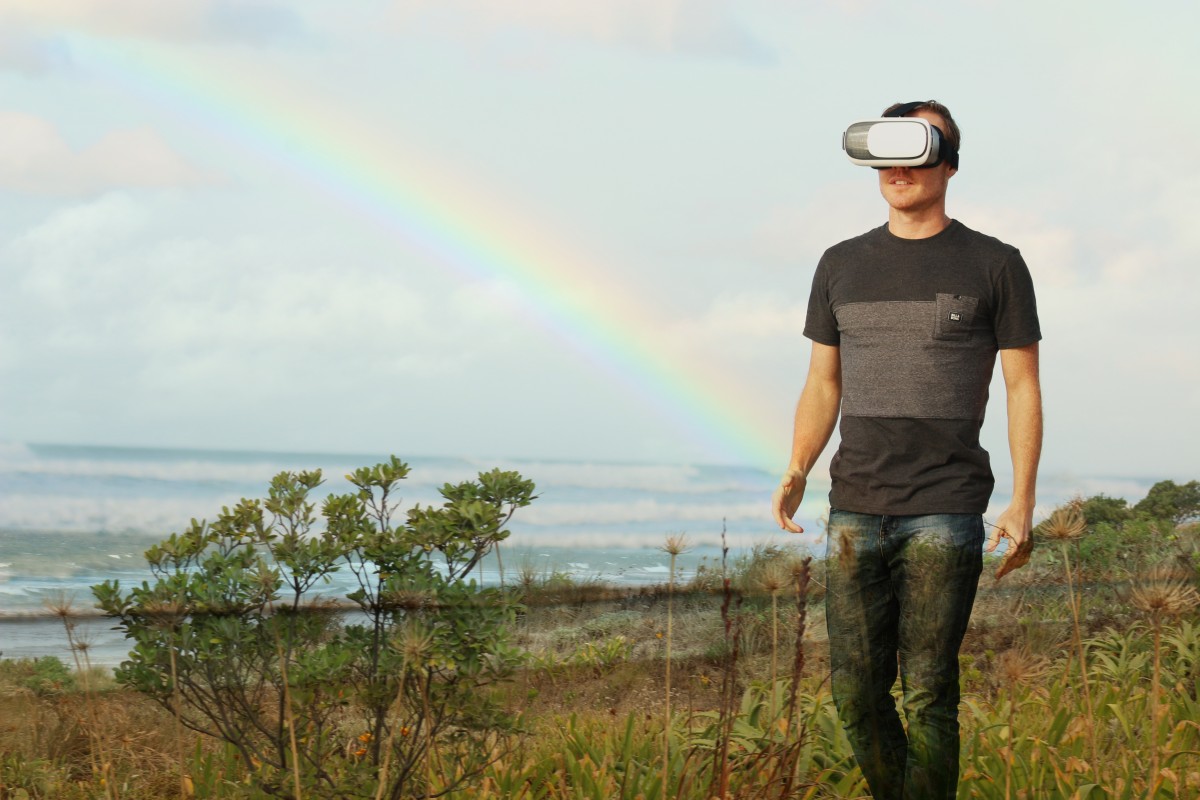 We all remember the start of lockdown, where the streets were stripped bare of people and it seemed like an almost eery stillness had descended over everything around us. The empty canals of Venice turned translucent, hotels lay empty, and pollution was so low that people could see the Himalayas for the time. With international travel bans in place, COVID-19 seemed to bring a globalised and interconnected world to a sudden, screeching halt.

Now, as news of the vaccine brings about a new era of hope for a post-pandemic world, it’s anticipated that those who have been deprived of their usual summer getaways will begin flocking to tourist hotspots in record numbers once travel bans are lifted. With concerns rising about the impact this will have on countries already battling overtourism, we explore whether virtual reality could become part of travel’s “new normal”.

Coined in 2016, “overtourism” refers to the phenomenon of tourist destinations receiving such a huge influx of visitors that it negatively impacts the location’s cultural heritage and the lives of those who reside there.

Of course, a thriving tourism industry is essential for the economy of many countries, but too many tourists can often be just as destructive as too few. Whether it’s congested public transport systems, rising accommodation costs that begin to push out local residents, or even physical erosion to ancient historical sites, huge floods of visitors can be incredibly damaging – especially when there is simply not enough resources or infrastructure in place to accommodate them all.

Over the past few years, many destinations have begun to push back against this tide of excessive tourism – the most famous of which being Barcelona. In 2018, this Spanish hotspot received an overwhelming 30 million visitors, which completely dwarfed the resident population of 1.6 million. As a result of this mass tourism, the city was forced to introduce new measures to curb visitor numbers, including a temporary ban on new hotels in key tourist sites like the Sagrada Familia.

Barcelona is just one example, but in recent years many travel destinations have become victims of growing tourist numbers, including Prague, Amsterdam and Rome, as well as iconic UNESCO heritage sites like Machu Pichu. So, what can be done to solve this overtourism crisis?

How virtual reality can help:

It is only natural that people all across the globe love to travel. Faced with the humdrum of day-to-day life, for many, travel not only offers an exciting change of scenery, but also the opportunity to broaden our minds by experiencing new cultures. However, with pre-pandemic tourism reaching record highs, it has become equally important to ensure this popularity is both sustainable and of actual benefit to local inhabitants.

While overtourism is a symptom of a modernised world, many have suggested that an equally futuristic solution could be used to help solve the problem: virtual reality.

Initially seen as a temporary fad or even an industry disrupter, over the years virtual reality has evolved far beyond the musings of a sci-fi writer. Now incorporating new innovations such as 3D audio and augmented reality, VR has become more easily accessible than ever before.

It’s no surprise then that, since the onset of COVID-19, virtual tech has become one of the key methods that tourist sites have used to combat plummeting visitor numbers. With opportunities to virtually visit iconic sites like the Pyramids of Giza and Buckingham Palace, people have become more accustomed to travelling from within the walls of their home. In fact, by the end of 2020, sales of VR headsets are predicted to reach 82 million, which is a staggering 1507% more than was initially anticipated in 2017.

From this turn of events, there has also been a noticeable shift in attitudes towards VR. Now, previous fears that this technology could cannibalise on in-person experiences has given way to excitement around how virtual interaction can actually increase in-person engagement. Plus, as a more sustainable and eco-friendly alternative to problems like “overtourism”, it is clear that travel and tourism companies who ignore virtual reality do so at their peril.

In addition to helping bring visiting down to manageable numbers and reducing pollution, virtual travel offers a whole heap of benefits for attractions and tourist sites alike.

Many factors may prevent someone from visiting a tourist destination in-person, from physical mobility issues to a fear of flying. Virtual reality offers an answer to all of these problems, helping viewers to transport themselves to faraway destinations, all within the comfort of their own home. This allows tourist organisations to tap into a whole new audience that may have been previously unavailable to them.

Furthermore, with disability-friendly innovations, such as closed captions for those with auditory impairments, VR can help to ensure that you are accommodating of a wide range of visitor needs.

Not all of us have the financial resource to travel across the globe visiting every single destination on our bucket list. However, by opting for a cheaper alternative, like a virtual visit, people can still enjoy the magic of a destination, without the heavy financial drawbacks.

Once again, this can also be a useful form of supplementary income for tourist sites, allowing them to engage with audiences who may have previously ruled out visiting due to a limited budget. And who knows, if they like it enough, they may be inclined to save up and visit in person one day!

With only a set number of holiday days in the year, people are very selective about the places they want to visit, often cramming in so many “must-see” sites that they spend a big chunk of their holidays dashing from one attraction to the next.

However, the beauty of virtual reality is that it allows people to view a destination at their own pace, at a time and location that is convenient for them. This is extra helpful for visiting locations that have introduced heavy restrictions on the times people are allowed to visit the site in an effort to stagger visitor numbers, such as Machu Picchu.

Imagine not only being able to show a famous battlefield to your visitors, but to recreate the conditions a war was experienced in: the muddy terrain, the advancing armies and even the cannon fire. By integrating augmented reality into your tours, you can bring historical experiences to life, allowing your visitors to become so fully immersed that they will really feel as if they have been transported back in time.

This is an excellent opportunity for heritage sites and attractions that rely heavily on educational tourism, as it provides a useful, interactive “school trip” resource that teachers can use to pique their students’ interest within a classroom setting.

Looking to the future

Initially a small distraction that helped alleviate the nation’s boredom during a global pandemic, it is now undeniable that virtual reality will play a vital role in the future of tourism. And, as one of the few eco-friendly alternatives to the problem of overtourism, those who once feared VR may begin to realise that, rather than posing a threat, virtual tech may actually be one of the few tools we have left to protect in-person experiences from the dangers of overtourism.

Virtual Visits was founded on the belief that remote experiences should channel the same magic and excitement as in-person experiences. Our tours use a unique combination of guided audio narration and fully-immersive 360-degree video technology. To find out how we can help your tourist attraction tap into a digital audience, or learn more about our upcoming virtual visits, get in touch with our team.